The Billionaire Who Wasn’t

You probably have never heard of Chuck Feeney. Until recently, neither had I.

Feeney, whose story is memorably told in Conor O’Clery’s The Billionaire Who Wasn’t, rose from working-class roots in an Irish-American neighborhood in Depression-era Elizabeth, N.J., to become one of the richest people in the world. Feeney made his money as one of the founders of Duty Free Shoppers, an international retailing colossus that sells luxury goods (liquor, watches, jewelry) at discounted rates to international tourists. 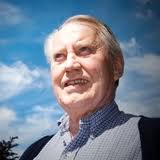 Feeney was very good at making money, and he excelled at the competition and strategic derring-do of the business world. In mid-life, however, Feeney came to realize that money itself didn’t give him any particular thrill. What he liked was using his wealth to help people. And so in 1984 he secretly transferred nearly all of his assets to a charitable entity now known as Atlantic Philanthropies. By the time Atlantic Philanthropies distributes the last of its assets in 2016, it will have given away as much as $9 billion to charity.

The impact has been extraordinary. Feeney has remade the universities of Ireland. He has built hospitals and universities in Vietnam and South Africa. He is the largest philanthropist in the history of Australia. He has provided humanitarian support for the people of Cuba (not easy, given the American trade embargo). And he is by far the largest donor in the history of his alma mater, Cornell University.

Some observations about Feeney, after reading O’Clery’s book:

Not everyone can be Chuck Feeney, of course. But Feeney provides a marvelous counterexample to the conspicuous consumption of some of the super-wealthy and the repellent egocentricity of certain self-promoting business leaders. (Donald Trump, anyone?)

So then the question comes up: how does the Chuck Feeney story apply to those of us who aren’t billionaires? Here are some Feeney-isms that might resonate with the average person:

1)     The act of giving money away to a worthy cause can give you tremendous joy and a sense of purpose.

2)     You should get to know the organizations you’re supporting and take the time to find out how they can best use your gift to create real impact.

3)     Don’t wait until you’re dead to become a donor. Your money won’t be able to help people until you give it away, so give it away while you’re alive. Plus, it’s fun and rewarding to see your donation in action.

4)     Don’t create a permanent foundation or fund. Get the money in the hands of people and organizations who need it.

The best word to describe Chuck Feeney, and one that I usually avoid: inspirational. His story in an antidote to cynicism.