Back in the 1930s, a series of movies starring Mickey Rooney and Judy Garland popularized the notion that you could solve big problems… by putting on a show. The orphanage is in trouble? No problem! Let’s fix up this old barn, kids! We can build a stage and start singing and dancing! People will flock in, money will magically appear, and the orphanage will survive! 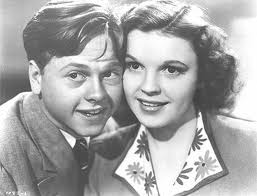 It was a good formula for a successful movie franchise, and the plays in the barn were always magnificent productions. (It helped when two of the kids in the neighborhood always happened to be Mickey Rooney and Judy Garland.) But even in 1930s Hollywood, where fantasy ruled, the writers had the good sense to structure these kid-run performances as what we in the nonprofit world would now call special events, raising funds for an established charity. Mickey and Judy were putting on a play to benefit the orphanage. They didn’t have the temerity to think they could start an orphanage of their own.

Today there seem to be a lot of folks who think otherwise. People are starting up nonprofits as though it were as simple as sweeping out the barn, tuning up that old piano, and putting together a dance number or two. There are some 1.5 million nonprofits in the United States today, with dozens more starting every day, even as others collapse under their own weight. Many of these nonprofits are created by people who have had an emotional encounter with a disease or another compelling cause, and their reaction is to start a nonprofit or a foundation, often to honor or remember a loved one.

Many of these nonprofits start tiny and stay that way. Some take on a small professional staff, mostly part-time, who inevitably spend much of their energy raising funds to support their own salaries. Few grow large enough to have a significant impact on the problems they are attempting to solve. And very few ask these basic questions at the start: Are there other organizations already working on this issue? Are we duplicating their efforts? Would it make sense to work through an established nonprofit? Can we justify starting our own organization? Are we prepared to recruit a board, raise funds, and deal with the upkeep of a nonprofit organization?

Most people starting their own nonprofits are well-intentioned, if somewhat impractical and naïve. But there’s another category of start-up nonprofits that are more calculated and cynical. These are created by celebrities, whose goal is often as much to enhance their public standing as to alleviate any problems. And some of the worst offenders in this realm are organizations started by and named after professional athletes.

A recent story in the Boston Globe analyzed foundations and other nonprofits established by professional athletes. It turns out that for many of them, very little of the money raised actually goes out to charitable causes. For example, the Josh Beckett Foundation, established by the former Red Sox pitcher now with the Dodgers, has a big fundraising event every year – a bowl-a-thon called the Beckett Bowl. Of all the money raised by the Josh Beckett Foundation, only 37% goes to charity. The rest is eaten up by the executive director’s salary, along with various expenses relating to marketing, accounting, legal work, and goodness knows what else. In general, I don’t think we should obsess over what percentage of a nonprofit’s expenses goes to actual program services, as opposed to overhead. But it’s reasonable to expect that the percentage for a foundation set up specifically to provide grants to other organizations should be much closer to 85% than 37%.

The primary beneficiary of the Josh Beckett Foundation is Boston Children’s Hospital. Wouldn’t it have made more sense simply to embed the Beckett Bowl within the hospital’s larger development efforts, and to do away with all the overhead of running a separate organization? Of course – but then the athlete’s name would not be mentioned nearly so often on broadcasts and in the sports pages.

Some athletes’ foundations give away a much higher percentage of their income than does Josh Beckett’s. Then again, there’s the example of Alex Rodriguez, the highest paid player in baseball, whose foundation gave away all of 1% (that’s not a typo) of its income in the one year it bothered to file a report with the IRS. Apparently charity is in the eye of the dispenser: until the the foundation’s website was taken down this week in the wake of the news story, it proudly proclaimed itself a nonprofit organization. (Yup – and I’m a major league third baseman.)

Perhaps what I find most galling is that relatively little of the money raised in these sorts of structures comes from the athletes themselves. Rather, the athletes leverage their fame to get fans to bowl at their bowl-a-thons and to golf at their golf tournaments and to rub elbows with them and the other star players. Often, the athlete gets the reputation of being a charitable guy. But really, he’s simply a famous person who’s using his celebrity to attract donations from others.

This is actually an old story. There’s a prominent medical facility in Hollywood, Florida, called the Joe DiMaggio Children’s Hospital. Most people assume that DiMaggio, the Hall of Fame centerfielder, donated the funds that made the hospital possible. But as a relentlessly honest book by Richard Ben Cramer,  Joe DiMaggio: The Hero’s Life, makes clear, DiMaggio gave virtually nothing to the hospital but his name and a few bits of his baseball gear – a jersey, a glove – to display in the lobby. The naming arrangement was a benefit to both parties. The hospital leveraged DiMaggio’s celebrity to gain attention, and DiMaggio used the hospital’s charitable purpose to burnish his reputation.

The Globe article went on to mention that Tom Brady, the New England Patriots’ star quarterback, has chosen a different route. Rather than establishing his own foundation, Brady gives money and endorsements directly to established nonprofits. In an ideal world, that would be the default approach by athletes and movie stars and ordinary people alike.

I know I’m not alone in wanting to be just a little bit like Tom Brady. In this one small but important way, I can be. Let’s hope some of Brady’s fellow superstars agree.