Let Us Tell You Your Best Ideas

You can’t order someone to come up with a particular creative idea. That’s not how it works.

No editor ever said to Herman Melville, “Hey, Herm! How about you write a long, long novel about an obsessed whaling captain pursuing a great white whale? Feel free to intersperse the narrative with chapters detailing the grisly art of whale slaughter and processing. Be sure to have the whale kill the captain in the final pages. And give the whale a memorable name, like ‘Moby-Dick.’ Got it?”

No, creative people develop their ideas themselves, informed by their own set of experiences, education, needs, interests, ingenuity, vision, and interactions with other inventive folks – and if their ideas are good, and if there’s support, they gain traction.

In the old days, that also pretty much described how foundations did their grantmaking. Each foundation would articulate a broad area of interest – healthcare, or the arts, or children and families, or education, or some combination – and the foundation leaders would invite nonprofits in those fields to submit proposals. If the ideas seemed like a good return on the foundations’ investment, and if the leaders of the projects seemed capable and trustworthy, the foundation would make a grant to help them along.

That was then. Now, it’s different.

In many ways, this approach by foundations is an efficient use of their grant dollars. I get that: the money goes out in a more focused way. The grantmaking is less scattershot.

But I have two major problems with this trend. The first is that a nonprofit, by definition, has to be known in order to be brought in as “a strategic partner/grantee.” So the funds flow toward known, established entities – and certainly not to new nonprofits and smaller entities. Consequently, it tends to be a who-you-know kind of process, with the older, more-established organizations dominating.

Of even greater concern to me: When foundations don’t accept unsolicited applications, they shut out creative ideas that rise up out of the community.

Some of those ideas may seem like longshots. But some of the craziest ideas turn out to be winners.

Michelle Ollie and James Sturm, Co-founders of the Center for Cartoon Studies. Self-portraits.

For example, a little more than a decade ago, Michelle Ollie and James Sturm, two cartoonists marooned in Northern Vermont, hatched an improbable scheme: to create a graduate school (offering a Master of Fine Arts degree) specifically for aspiring cartoonists, based in the dusty old railroad town of White River Junction, Vermont. In an era where colleges are closing, not opening, and where the creative arts thrive in urban areas, not in small rural towns that define “seen better days,” it would be reasonable to have expected that this little enterprise would fail before it began. 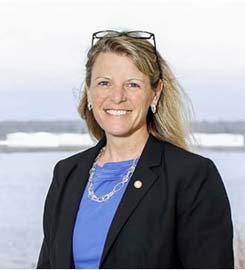 But Michelle and James brought passion, smarts, connections, and (by definition) creativity to their enterprise. Now they have a thriving institution of higher education, the Center for Cartoon Studies, based in the former White River Junction Post Office, and borrowing other space in once-vacant buildings around town. The Center is operating at capacity, has a growing list of successful alumni, annually balances its budget, and has built a strong reputation in its field. The Center has also played a role in transforming White River Junction into a funky and lively arts center. (Some people refer to the town, only partially tongue-in-cheek, as the Brooklyn of Vermont.) 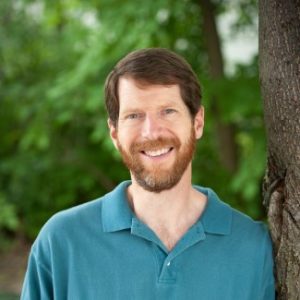 The Center for Cartoon Studies could only have happened because of the drive, genius, and belief of their founders. So too with so many other nonprofits I know. I think of Boots2Roots, a small volunteer organization founded by a retired Air Force colonel, Dave Hickey, and built from the ground up by retired Air Force colonel Jen Fullmer. Dave and Jen identified a gap in services for transitioning active duty military members in Maine. Boots2Roots has helped dozens of Maine’s newest veterans hit the ground running, gain and maintain financial stability, and start contributing to the state’s businesses and communities. Or the Children’s Literacy Foundation (CLiF), founded 21 years ago by Duncan McDougall, then a management consultant working in Boston and trying to make meaning of his life. Duncan started a remarkable enterprise that for more than two decades has provided free and inspiring literacy programs and brand-new books to 250,000 low-income, at-risk, and rural children in communities throughout New Hampshire and Vermont.

No foundation could possibly have come up with the one-off concepts that inspired the Center for Cartoon Studies, Boots2Roots, or CLiF. Even if they had, the foundations certainly couldn’t have found anyone to run them successfully. Top-down dictates don’t work in the charitable world any better than they would in the venture capital/start-up world.

Foundations tend to emulate one another, and the current trend, I fear, is for foundations to underappreciate ideas that rise up spontaneously from below. Instead, foundations seem determined to spread wisdom and dollars in tandem from above. These foundation leaders mean well. They take their roles seriously. They are focusing on being efficient and effective and maximizing the impact of their limited resources. I do not in the slightest impugn the integrity or intent of those behind the strategies I criticize.

But in trying to use every dollar wisely, foundation leaders miss a key point: that genius for the most part lies not within the foundation world, but out in the community. Foundations need to find and nurture those leaders willing to take their daring ideas, bring them to fruition, and translate them into institutions that create impact. Foundations should provide seed capital and ongoing support. And the foundations should then do their very best, despite their inherent power vis-à-vis the grantees, to keep quiet and stay out of the way.

I would love to open a dialogue on this subject. The comments section is here for a reason. Please have at it: I invite your reactions, including and especially thoughts that disagree with mine.

[Full Disclosure Department: The Center for Cartoon Studies has been a client of mine, and my wife Pat is on the Advisory Board of the Children’s Literacy Foundation.]