The rich are richer than ever before.

We have to keep this in mind when we solicit charitable contributions. The level of wealth for the top one percent – and particularly the top tenth of the top one percent – has grown significantly through the pandemic. People of great wealth have enormous resources for giving to charity – much more, I would argue, than most of them even realize.

Let’s take MacKenzie Scott, whom I featured in a recent post. Scott, from my point of view, is a model philanthropist. She gave out nearly $6 billion in one year, and she truly gave the funds away: That is, the money went outright to critically important charitable organizations, rather than into foundations or donor-advised funds she controlled. Moreover, the grants from MacKenzie Scott were utterly unrestricted. What she did, and how she did it, was remarkable and worthy of every bit of praise we can give her.

But when looking at MacKenzie Scott, let’s note that, even while she’s an exemplar of philanthropic impact, she’s also a prime example of wealth accumulation. 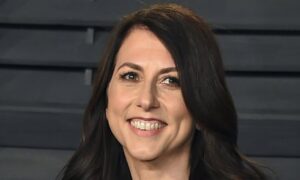 During the course of 2020, as she gave away $6 billion, Scott’s assets grew $23.6 billion to $60.7 billion, according to the Bloomberg Billionaires Index. This is because the source of her wealth, Amazon stock, climbed 73% in value during the course of the year.

That’s quite a trick – to make what is probably the largest total outright charitable contribution in one year of anyone in history, and then to be worth $23 billion more come New Year’s Eve. But that’s what happens in capitalism. Those who have assets see them grow, and grow, and grow – assuming good times and a well-positioned portfolio. (And yes, of course, I recognize that markets can fall as well as rise.)

But let’s move on from MacKenzie Scott. After all, she really has been doing great things. Moreover, she’s so fantastically wealthy that it’s hard to get our arms around her situation. She’s not the kind of person we run into every day.

Instead, let’s talk about my friend Phyllis.

This is a real story. Only the name has changed.

Phyllis hates it when I call her rich. She prefers, “well off.” She’s retired, and she’s philanthropic. In fact, on a regular basis, Phyllis has been giving away over a third of her income. By that measure – and Phyllis is the kind of person who does a lot of measuring – she’s remarkably charitable.

Then she got her end-of-2020 statement of assets from her investment advisor. Despite Phyllis’s generosity – and, in fact, she’d given a great deal more last year than usual in the face of the dramatic rise in need during the pandemic – she found that her total assets had grown by a million dollars. At the beginning of 2020, she had been worth $17 million. At the end of the year, she was worth $18 million.

Phyllis decided she was a charitable underachiever. She’s nearly 70, and she knows she can never outlive her assets. Her kids are grown and doing well. A major source of joy for her is her charitable giving. And she realized she hadn’t done enough of it. She wanted to do more – and she came to understand that she could.

Phyllis discovered she was measuring her philanthropic giving the wrong way. She had been gauging her charity as a percentage of her income. That measure is appropriate for those of us who rely on our incomes to take care of our needs: our income (the money we earn through our labor) provides the funds we need for our rent, food, clothing, cars, gas, and, yes, charity.

But for Phyllis, as a wealthy retired person, income is not at all the best measure of her capacity to give. She lives relatively modestly for a person of means, spending about $300,000 a year. Her official income – the “adjusted gross income,” or AGI, upon which she bases her income taxes – is a bit more than that, about $400,000. But for a person of significant wealth, the AGI is essentially a construct of how her money is invested. Most of her stocks are invested for growth, not dividend income. Most of her bonds are tax-free. She doesn’t need much income per se, so her investments are not designed to produce it. Consequently, her adjusted gross income is equivalent to only a little more than two percent of her total assets.

So when Phyllis gave away $140,000 a year to charity, as she did most of her recent years, that was more than a third of her taxable income. But, again, “income” is largely irrelevant in her case, the product of investment decisions and tax considerations. What matters vastly more is wealth. And in the case of Phyllis, her contributions in a typical year – $140,000 – was far less than one percent of her wealth.

That, Phyllis decided, was too little. And so she jettisoned her old framework, and she has now decided to give away an amount equivalent to 2.5% of her assets every year. That would mean giving away $420,000 this year – a tripling of her commitment to charity. And she’s excited to think that she can well afford to make gifts in the neighborhood of $50,000 or $100,000 for the causes she cares most about, which is far more than in the past.

What will happen to Phyllis’s wealth over the years? It may hold steady, or it may rise a little, or it may shrink. So much depends on the markets. But will she ever run out of money? No way. Moreover, this rate of charitable giving is her plan for the next two or three years. At that point, she’ll re-evaluate. She may choose to give more, or less. She’ll see how it goes – but she’s excited about the prospects. 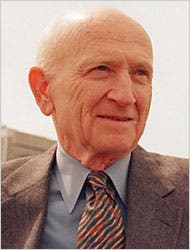 If any of this sounds familiar to some of you, you may be remembering the writing and advocacy back in the 1990s by Claude Rosenberg, a philanthropist who, like Phyllis, realized he was giving away far less than he could. Rosenberg even founded an organization at the time called New Tithing to encourage major donors to take their wealth as well as their income into account when gauging what they could give away to charity. Rosenberg acknowledged that digging deeper into one’s wealth for charitable purposes violated the eleventh commandment – “Thou shalt not dip into capital!” Giving out of one’s assets also works against the notion most of us embrace throughout our lives: that rising wealth is a good thing, whether it’s a $2,000 savings account or a $100 million stock portfolio. All too often, accumulation of money becomes an end in itself.

But what gives joy? For many people of wealth, happiness comes from significance, and significance can be found in charitable giving. Often, that giving can and arguably should be higher. My friend Phyllis is finding joy knowing that she can easily afford to triple her contributions. My guess is that you have friends and donors who would feel the same way. They may not be in the class of Mackenzie Scott (one of the twenty richest people in America), or even Phyllis (who, by wealth, is in the top one percent), but a great many people with means can indeed afford to give more, if they come to view their wealth in the right perspective.

One of the challenges with soliciting charitable gifts is our tendency to project our own feelings about money. If we are personally stressed by debt, college tuition payments, job insecurity, or health emergencies, we have a hard time imagining that others have money to spare. Trust me: There are those who literally have more money than they could spend in their lifetimes, and more than they feel they could reasonably leave to family. By encouraging these people to give generously to charity, we are giving them an opportunity to have significance.

How to give these wealthy folks that encouragement — that is, how to operationalize this approach — will be the subject of an upcoming post. In the meantime, feel free to share your thoughts, reactions, and suggestions.